Tag at the Big Banana...

The Big Banana is a tourist attraction and amusement park in the city of Coffs Harbour, New South Wales, Australia. The grounds of the park are set amongst a banana plantation, featuring a large walk-through banana. Built in 1964, it was one of Australia's first Big Things.

Other attractions include a downhill toboggan ride, ice skating rink, a water park and the World of Bananas educational experience. Plantation tours are also available. On the evening of Australia Day 2014, a disused scenic lookout attraction was destroyed by fire. In keeping with the plantation theme, banana-related products are shown or sold in the park which also boasts a souvenir shop and restaurant. In January 2014, during the peak tourist season the Big Banana received close to 150,000 visitors.

Snag The Tag... The Tag is very well hidden, see attached spoiler photo. You will find it next to a stump of Palm Tree, under a rock. What will also help, is the stump has a piece of machinery attached to it. It is located on a walkway under the fly over walkway. Muggles Galore... 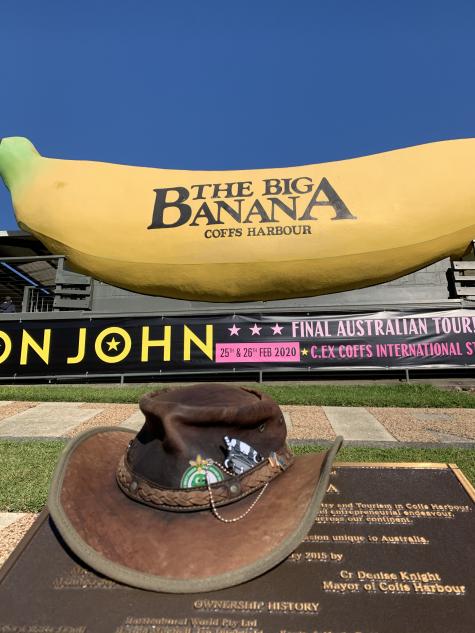 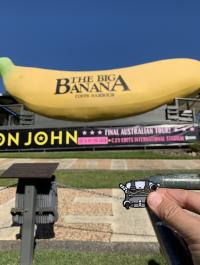 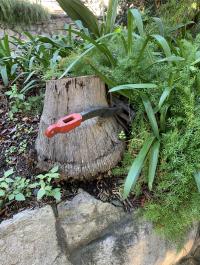